It’s been more than a year, seemed like 10. and has felt more like making a movie then an album. But even with all the lockdowns the project has reached another milestone.

Taaadaaa! this “movie” has JUST FINISHED PRINCIPAL PHOTOGRAPHY!!!! All the recording is DONE!😎

Now it’s on to tweaking, mixing, mastering and marketing. It’s still going to be a while (we don’t even have a name for it yet) but I believe I see just a little light at the end of the tunnel.

Hi to all my friends, family and fans. (and fans to be!) All the new activity on Spotify and Apple Music has finally gotten me some credibility and allowed me to secure an “Angel Investor” that will allow me to record my first album!!  We’re looking for a summer release with some of the first singles coming out earlier.

Now comes (the next) hard bit. I now have to take seriously the practical and philosophical matters that have only been “pie in the sky” musings up until now. I now find myself in the position of having to “officially” define myself. (since every distribution outlet asks)

I’ve never given serious thought to what genre my songs fall into. I guess Pop is a good overall starting point but I have songs that sound R&B, Rock, Country, Ballad, even Humorous.  I also have a strong theatrical influence. I guess I could call it “Theatrical Pop/Rock “(but good luck finding that on the pull down menus at the distribution outlets lol) but I guess if I have to have a problem, this is an excellent problem to have.

Thank you all for your patients with my “sparse” social media skills. As we narrow down the song choices for the album, I plan on posting info about the background and thoughts behind the different tracks.

Say Hello to my Old Friend 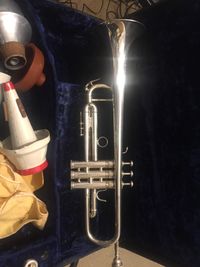 As only the oldest of my old friends will remember, before I was a singer and before I was a piano player, my first instrument was the trumpet. I started playing before I was even old enough to lift it (my mom held it up for me while I played) and I played it up into high school. I ended up giving up on it for a couple of reasons: I got braces which made it painful (Yes, I’m a complete wimp) and the stunning realization that singers got way more girls than trumpet players. (Which is EXTRODINARALY important to young boys.?) Long story short I said goodbye to trumpet playing in high school and put my baby in the closet where it stayed.

If you’ve been following my posts from the being you know that my piano playing and singing abilities came back to me last year in an unexpected and (I’ll say it) miraculous way. Well a few weeks ago I was reorganizing the black hole that is my closet and saw my old trumpet case buried under the various items of debris. On a whim I decided to pull it out, clean it up and see if my “miracle” extended to the trumpet as well as the rest.

Needless to say (since I’m posting about it) I was pleasantly surprised. I waited a few weeks to mention it, just to be sure it was really doable but I believe it will become part of my musical resurrection. It will be a while (months?) until you hear it just because of the physical development required to play for more than a few minutes. So now, back after 42 years, say hello to my old friend. I hope to share it with you soon.
Wes

As promised here is a recording of me rehearsing. It's live, recorded on a little hand held recorder. The song is a Joan Osborne cover called Crazy Baby. This song "speaks to me" on several levels and it's a real joy to play.

Just an "in progress" live recording to give a taste of where I'm going with my live show. 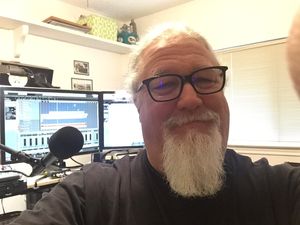 Greetings friends, fans, et al. Sorry it’s been so long since I’ve posted. (My social media skills are sorely lacking.) Sales of What Would I have to Do and Sand Castles are going well. In the meantime I’ve had my nose to the grindstone dealing with the steep learning curve, learning to deal with all the new tech that will allow me to do true “solo” shows. I had considered gathering a band together in the traditional way for gigging. But with all the interest I’ve received from far-flung fans, traveling with a full band is just impractical. (Read too damn expensive.)

So now, I’m recording all the necessary backing tracks and storing them on a little gizmo that allows me to start and stop them as needed. This will also allow me to play small venues and “house concerts” (literally an intimate concert for 20 or 30 people in somebody’s living room or back yard) pretty much anywhere. I’m on path to be ready to head out to perform this summer. If any of you are interested in hosting a show, get in touch with me at wes@wesgraham.com and let’s see if we can set it up.

In the meantime, I’ve been recording my rehearsals and I’ll soon post links to some of the songs I’m working on. They’ll be works in progress but will give a little idea of what a show would sound like.

Sand Castles a song on many levels

Sand Castles a song on many levels

Sand Castles is a song near and dear to my heart. On the surface it is a song about the fundamental fragility of life and how our “Best laid plans” can all come to naught even when we think we’ve got it all. On a deeper, more personal level it speaks to me of a time when I literally lost it all.

My Castle of Sand was on Foothill Boulevard in the city of Glendora CA. I was a very fortunate man; I had a lovely wife who was pregnant with our first children (twins), we lived in a gorgeous home and I believed with all my heart that the foundations of my life were solid as stone. Then, in a moment as startling and as catastrophic as a lightning bolt, we were informed that my wife had a terminal disease.  In an instant, solid stone turned out to be shifting sand and I lost my wife, my unborn children, my home, everything.

After many years I have rebuilt my life and now live happily once again, but I have never lost the lesson that all things are transient and that we must cherish every moment because we never know when the tide is going to come in.

Thank you for your consideration. Please visit wesgraham.com now or all major digital sites (within the next few days) to download Sand Castles and be sure to join my mailing list.

Out in the wider world!

Finally!  What Would I Have to Do is now "released into the wild" 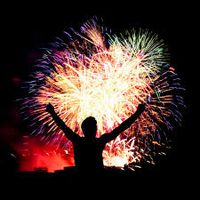 More one the way

More of the talent, The amazing Aretha Scruggs

More of the talent, The amazing Aretha Scruggs

I have been so blessed with the amazing talents that have helped me bring this dream to fruition. One of the most notable performers who have lent their talents to this project is Aretha Scruggs.  The number of major artists she has performed with is dumbfounding.  Her most recent outing (that I know of) was her work on Katy Perry’s latest album.  Please visit my website, wesgraham.com  to hear samples of her work.  and don’t forget to join my mailing list. I’ve included Aretha’s bio (from her website)  below to give you just a little idea of how amazing she is.

Aretha Scruggs is a singer-songwriter/actress, who has been using her gift of song all over the United States, and now abroad since the age of 4 years old. Having her start in a singing group called the Scruggs Sisters, which contained her three sisters and her parents on accompanying musical instruments, they over time, have sung at various churches, sporting and community events. Opening for such artists as The Clark Sisters, Commissioned, Yolanda Adams and Vickie Winans to name a few, they even got the chance to sing for such historical events as Rosa Park’s 80th Birthday party and the Tuskegee Airmen’s Congressional banquet.

After graduating from UCLA in 2003, God opened the door for her and her twin sister Alayna, to be touring background singers for Natalie Cole and later other such notables as Christina Aguilera and Anita Baker. Through various TV and live show tapings, she has also backed up artists such as Whitney Houston, Patti Labelle, Jennifer Hudson, India Arie, Justin Timberlake, Pharrell, Tyrese Gibson and gospel greats Donnie Mclurklin, Fred Hammond, Yolanda Adams, Kirk Franklin, Israel Houghton, Tye Tribbett, Marvin Sapp and Mary Mary.

She has been blessed now, to travel all over the United States, and to over 14 countries with her gift of song, and counts it a privilege to now speak and sing in both Portuguese and Spanish.

Currently, she can be seen performing live vocals with a jazz quartet called J.Mike & Friends. Combining jazz, gospel, latin, and pop stylings, they are making their name in the industry to bring live music to the masses. In addition, as a certified vocal coach for the past 10 years, she teaches both individual and group vocal lessons.

Since graduating with her Master’s Degree from Fuller Theological Seminary in Cross Cultural Studies with an emphasis in Ethnomusicology & Global Worship, she has made annual trips to Sao Paulo, Brazil, to host vocal workshops, serve the people of Brazil through philanthropic projects, perform in various churches and jazz clubs and continue learning Portuguese. Her goal is to create a bridge between Brazil and the US and host other musicians and singers through a cultural exchange program.

In all, Aretha is honored to share her gifts with the world for the glory of God.